Where Did I Go?

Oh, wait!  I know!  You can find me at bklynheart.com!  See you there!

B'klyn<3
Posted by BrooklynHeart at 8:29 AM 0 comments

On Resolutions, Evolutions and Revolutions: Goodbye 2011!

Resolutions - A good place to start, since it is that time of year.  While I can't say I invented it, I know for many years now I haven't waited for the New Year to resolve anything, because I often found those type of resolutions do not work.  Not for me.  For me, resolving to do something on January 1st meant that a) I could procrastinate and even do the exact opposite of said thing up to the point of the New Year and b) If I even did try after January 1st, it'd often be dropped with a "Oh well, I tried."

True fact:  I resolved to join WeightWatchers 3 consecutive New Year's periods before I gave up  making resolutions entirely.  It may have been one of the prompting factors (I actually even coupled this with The Husband somehow taking charge and making us join together).  When I finally did resolve to join WeightWatchers, it was a normal day in June.  While mostly giving up on me, there was a bit that finally decided enough was enough: no waiting for January 1, The Husband, or a magical a-ha moment.  So it was random day in June 2009 that I joined.

My advice to the interwebs is this:  if you have a desire to make a change to yourself, in the world, don't wait.  You'll see it everywhere and you'll see it here as well:  Every day, every hour and every minute is an opportunity to do those things you want to do.  Don't let excuses or fear get in your way.  I know this is not an easy thing to do, by far easier to say than to do.  Trust me, as to this day it is something I work on:  As with WeightWatchers, there are other areas of my life I still avoid out of unrealistic fears.  Hyping up the January 1st can often lead to disappointment, so if you see a change you want to make, don't wait.

Well, of course, if it happens to be 01/01 when you find your opportunity, certainly go for it! :)

Evolutions - People have likely thought it, and some have even said it to me;  gee, B'klyn<3, you've changed.

This, I cannot deny.

Today I find myself a person who looks in the mirror (the literal one as well as the spiritual one) and sometimes doesn't recognize myself.  Dropping all of the weight over the course of two years has changed many aspects of my being, and likely more than even I anticipated.  Indeed, not just the weight, but simply growing up has changed me.  Just as a kid where I never used to eat anything that wasn't pizza or somehow pizza related so long as it was served with pizza, when I got older (around university age) I started expanding my universe.  I had to:  I wasn't in Brooklyn anymore and would likely starve since I didn't feel any other place really had pizza so much as they had bread with sauce and cheese on top.  I also figured that I was at an age where I should likely eat my vegetables.

So I find myself evolving into... well, I don't know what.  In many ways, I'm still learning about me, and finding out what it is I truly want out of life.  It only took me 30 years or so, and likely will take longer still.  Some of my interests are the same, but some have waned and new ones have arisen.  What I'm trying to do is learn me, find out what it is I enjoy, and try to maximize on that.  I do have things in mind for where I want to be in a few years, so I'm dusting of Ye Olde SMART goals and plotting out how to get there (ah, resolutions in the evolutions eh?)

Seriously, and seriously I mean this, I'm talking about me... I'll finish that doggone sweater!  I'll SMART it if I have to!

Revolutions - Revolutions are in progress!  They include two things, helpfully listed below!

A real difference in scale activity.  The Husband brings it out once a week, I weigh, and then I live my life how I see fit.  Maybe that means a little more activity and a little less vegan candy, or maybe it doesn't.  It's time to stop using that number to be the definition and let my body be the definition.  I can feel it if I go to far, just as I can feel it when I'm doing right by it.  The number was the noise that prevented me from hearing that voice or feeling that waist in my jeans, and not my body.  Time for a new approach.  I still track my foods and activity.  I still go to meetings.  I think they are still very important to me; but as I've said before, all just indicators, and not the thing itself.  It feels good to finally live that.

A new blog site!  I've hinted at the past, and come 2012 I'll be posting to a new site:  http://bklynheart.com/  It's partially up with old posts, and will be updated over the course of [don't forget to put the amount of time here, but yes, of course you will won't you, as you haven't resolved to when this will happen yet, did you? *winky face*], and I'll be posting there.  I also have a Tumblr account where I mostly post my "food porn" and other things I find interesting and/or amusing.  No, I don't know how to be a social media darling.  Not really my intent; at the end of the day, I just mean to present me.  Not a suggestion, not a demand, but simply that which the curious may want to know.

And so, I bid a fond farewell to 2011.  I'll enjoy the final hours of the day cooking up some tasty vittles for myself, The Husband and my friends, running a race, working on goals for the future, and enjoying the heck out of life.  Most of those things I'd normally do anyway, and the last I will certainly do more often.  That I do resolve.

Take care, be safe, find your joy and love to you always!  -B'klyn<3
Posted by BrooklynHeart at 8:30 AM 0 comments

Ah, yes.  December.  When did you arrive?  And have already made yourself at home, yes?  Hmm.


We can venture to guess that my resolution was not to become a better blogger.  Unfortunately for me, my woes from slicing my palm open


Granted, I do have a wonderful and varied list of excuses, but the predominate one was illness.  My stomach decided it would engage in a 72+ hour dance-a-long of Breakin' 2:  Electric Boogaloo.  Many of those hours spanned along the very weekend I had decided (wisely?  foolishly?  B'klyn<3erly?) to run two races in a row:  Frosty's 5K (part of Surf-n-Santa 10 Miler event) and Christmastown Dash 8K (to which all I can say is that I really wish I had this shirt to wear for the fools that Chick-fil-A are being... and my understanding is that this is not the first time).

In any case, running was accomplished and (once yet again) I am working on improving myself and improving my run.  This month's goals include:

1) Work on the running.  I have magazines, I go to events... but am I really doing all of the analysis I see other people and bloggers and magazine writers doing?  No?  Playing it by ear like a piano.  Considering how into metrics I am in when it comes to the silly number, perhaps my efforts are better spent on analyzing the number known as pace.

2) To exercise for at least 30 minutes every day, and I mean every day.  Minimum.  No excuses.  Not even being sick.  Been a fun goal so far, thank you B'klyn<3 of the past who set it!


3) To work on my I Hate Everything® attitude.  Which I had been... but need to do more.  Deeper and better.  A story about that to follow.

4) To lose the 4 pounds I gained during the past two weeks of Holiday Celebration, Palm Slashing Misery, Woe is Me-ism, Sickness (though most of those came right back out, so I don't think they count), and Out of Townessness (where I ate not a lot due to illness, but there were a couple of high-ticket items certainly).


Forever the work in progress is me.  And that's a fine thing.  I'd be bored otherwise.
Posted by BrooklynHeart at 8:06 PM 0 comments

A few odds and/or sods:

The workout log kind of fell apart, but not the actual working out.  I have had 2 days of rest over the past 4 weeks, but have otherwise devoted at least a solid half-hour to exercise every day.  I plan to stick to this, though not blog endlessly about it.  You're welcome.

My First Vegan Thanksgiving was a huge success!  Everything was gorgeous and beautiful.  I wasn't so worried about me because I happen to love very much vegan food and food prepared by mine own hand, but I was worried for the family who also then happened to have their own first vegan Thanksgiving.  Fortunately, the evening surrounded by caring and loving family and the blessings that we have all had the past year did come accompanied with good food.  And the best vegan pumpkin cheesecake of all time ever.  Prepared by The Husband's own hand.  After all, he is good at providing cheese.

Self talk in all forms can be both helpful and harmful.  I joked about either cutting myself or burning myself over the holiday.  I laughed at my last weigh in that I'd gain 3 pounds over the holiday.  I tittered that there was no experience yet that would get me off the pizza.  In their own odd ways, all of these things came to pass.


The moral is to joke about those millions of dollars you bet will never come your way.


So goodbye November.  I shall remember you mostly fondly.  Except for the upset stomach and the stitches and trying to lose that November holiday weight to make room for the December holiday weight.  I will remember sticking to my goals as I prepare to make new ones for December (become a better blogger maybe, or learn how to set a place setting, possibly proper knife usage!), enjoying some good times with my family and my The Husband, the Thank You card from my sister and the call from my mom to say she was proud of me:  for the Weight Watchers, for the Veganist lifestyle and for being me.

For all the bad and the three stitches I like to think of as 87... I am truly blessed.  And there are blessings yet to come.

Posted by BrooklynHeart at 9:34 PM 0 comments

BrooklynHeart
A Brooklyn, NY transplant and eternal pizza lover who recently discovered knitting and finally decided to get serious about weight loss.

Meatless Monday! Give It A Try! 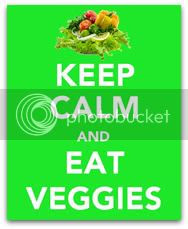